Introduction
One of the most critical elements of marketing products in Europe is proper use of “CE MARKING”. This has become so crucial in some cases now, that it has become synonymous for “Passport to Europe” for your product. However, since policy makers of European Union and its subsequent applicability to products originating from other countries other than originally conceived CE marking European Union has led to confusion among manufacturers from Asia.

Which products can become “CE MARK”
Not all products can be marked with CE. For most products, a single set of harmonized regulations, known as Directives, has replaced individual national rules, thus making life easy for the manufacturers. CE marking is required for “New Approach” Directives (those that have been published since 1987) and now there are about 20 directives approximately. 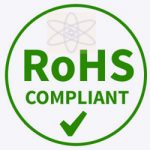